Prior results do not guarantee a similar outcome. 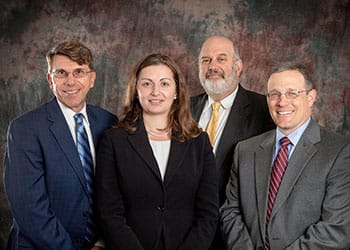 The law firm of Larkin, Ingrassia & Tepermayster, LLP is proud to announce that all three partners have been named to the 2015 New York Super Lawyers list and that Milana Tepermayster has been named to the 2015 New York Rising Stars list. No more than five percent of the lawyers in New York State are selected by Super Lawyers and no more than 2.5 percent are selected to the Rising Stars list.

This is the fourth consecutive year, and fifth time overall, that William J. Larkin, III has been named to the Super Lawyers list for the Family Law practice area.

John Ingrassia has now been named to the Super Lawyers list for the eighth consecutive year in the Criminal Defense practice area.

This is Milana Tepermayster’s third consecutive year to being named a Rising Star in the Family Law practice area.

Larkin, Ingrassia & Tepermayster, LLP have offices in Middletown and Newburgh, NY. For more information on the firm please go to 845LAW.com

Super Lawyers, part of Thomson Reuters, is a rating service of outstanding lawyers from more than 70 practice areas who have attained a high degree of peer recognition and professional achievement. The annual selections are made using a patented multiphase process that includes a statewide survey of lawyers, an independent research evaluation of candidates and peer reviews by practice area. The result is a credible, comprehensive and diverse listing of exceptional attorneys.

All three of our law firm partners have been listed as part of Super Lawyers in 2015. This article is brought to you by Larkin, Ingrassia & Tepermayster, LLP.